Samples of solar window film are dangerous. Maybe not physically dangerous, but they do steer you to sub-optimal decisions. This is not ideal if you are investing your hard earned savings into making your favourite space more comfortable. Let's use the example of a conservatory solar window film sample.

The datasheet says that the conservatory roof solar window film sample has a visible light transmission of just 10 percent. The sample looks incredibly dark even when held to the light so it is understandable that you might be worried.

The Sun and Solar Window Film

A significant amount of light needs to eliminate in order to tackle glare.

Perceived light is what you see. Visible Light Transmitted is what is measured. The two are very different. Why are they different?

It Is Because You Are Amazing!

Your eyes and brain are incredible, even better than a sophisticated camera lens. 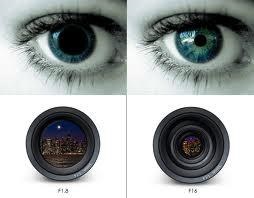 It would be logical to assume that the room appears 50 percent darker when light levels are reduced by 50 percent. However, because of the way our pupils operate, the brightness does not follow measured light linearly. Instead, brightness follows a logarithmic curve.

The solar window film will appear two to three times lighter on the window than it does as a sample. When the ambient light level is bright your pupils are less dilated. The film looks darker.

When your conservatory is filmed, not only will it be cooler, the solar window film appears lighter. This is because your pupils will be more dilated and perceive more natural light.

Trust the science. Our objective is to give you the facts so that you can make the right decision for you.

PRODUCTS RELATED TO THIS ARTICLE